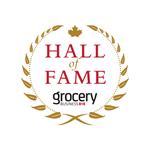 TORONTO, July 22, 2021 (GLOBE NEWSWIRE) — The Grocery Business Hall of Fame has been launched with an inaugural class of 56 recipients being honoured for contributions to the grocery industry and the communities they serve.

To celebrate the launch of the Hall of Fame, the 56 individuals, which represent current and past retailers and suppliers, are featured in Grocery Business Magazine’s July/August issue.

The list includes many well-known faces in the industry such as Darrell Jones of Save-On-Foods and Pattison Food Group, Eric La Flèche of Metro Inc., Anthony Longo of Longo Brothers Fruit Markets, Michael Medline of Empire Company Limited, Galen G. Weston of Loblaw Companies Limited and many others. The Hall of Fame also recognizes legends, current and posthumously, who have helped to build the strong industry that exists today. Among them are Jim Pattison of The Jim Pattison Group, brothers Harrison and Wallace McCain, icons of the Canadian food business, David Sobey of Sobeys and Fortinos’ founder John Fortino.

The grocery industry is an important contributor to the Canadian economy and an essential service for communities across the country. Employing more than 400,000 people, grocery and food stores generated sales of $107 billion in 2020.

For the complete list of inductees, check the digital edition of Grocery Business Magazine online.