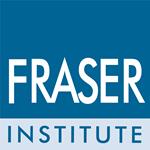 Published by the Fraser Institute, The Essential John Stuart Mill is accompanied by a website and animated videos.

“As evidenced by his support for voting and property rights for women—ideas well ahead of their time—Mill’s work focused on how people can flourish when allowed greater opportunities for choice,” said the book’s author Sandra J. Peart, dean and E. Claiborne Robins distinguished professor in Leadership Studies at the University of Richmond (Virginia) and senior fellow at the Fraser Institute.

Born in England in 1806, Mill was educated by his father (noted scholar James Mill) and famed philosopher Jeremy Bentham. By the age of three, he could read Greek. By age eight, he was reading Latin.

For much of his adult life, he worked for the East India Company, eventually becoming its chief examiner. In 1859, Mill published one of his most influential books On Liberty, which advocated for choice and liberty of thought and association.

He’d go on to write other influential works including Considerations on Representative Government (1861), Utilitarianism (1863) and The Subjection of Women (1869), which argued for equality among the sexes. Mill was heavily influenced by his late wife Harriet Taylor, a philosopher and women’s rights advocate.

Mill later served as a Member of Parliament in Britain where he was known as a reformer who fought against government paternalism.

Considered one of the greatest English-speaking philosophers and political economists of all time, Mill died in Avignon, France in 1873.

At www.essentialjsmill.org you can download the complete book and individual chapters for free and view several short videos summarizing key points of individual chapters. The videos are also available on the Fraser Institute’s YouTube channel.