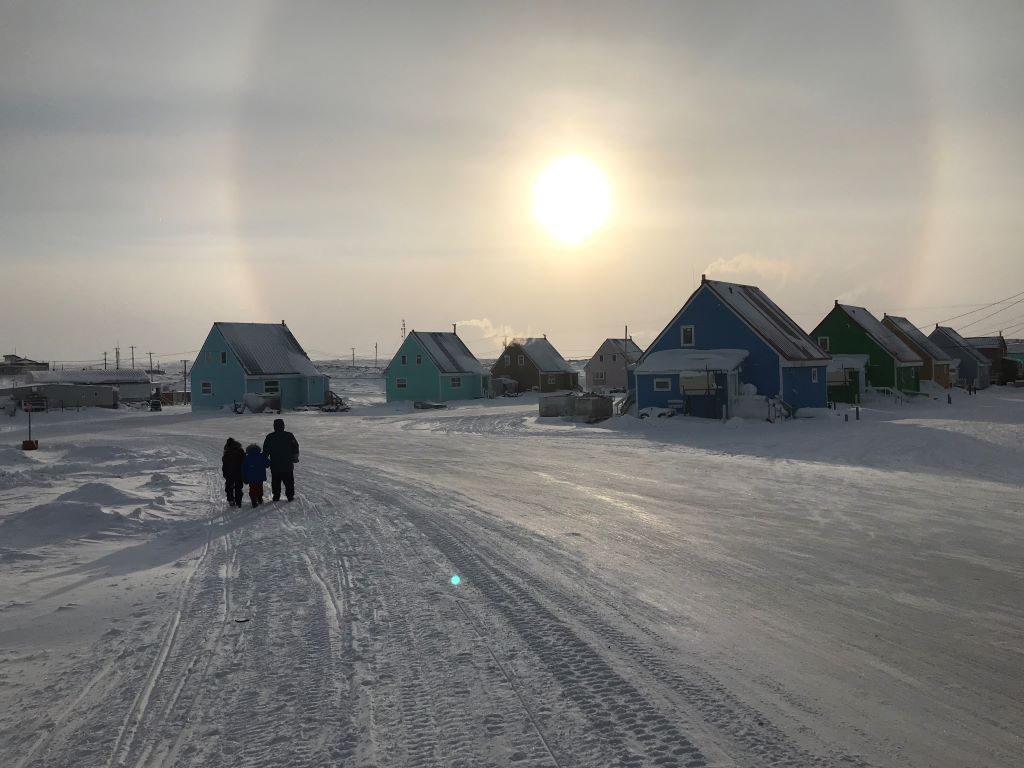 TALOYOAK, NU, Feb. 20, 2021 (GLOBE NEWSWIRE) — On the coast of Aviqtuuq, the Nunavut hamlet of Taloyoak is home to 1,100 residents and one $500,000 Arctic Inspiration Prize for their food sovereignty project. WWF-Canada is proud to have helped support the community in developing this prize-winning proposal as well as other ongoing environmental initiatives.Niqihaqut, which means “our food” in Inuktitut, was the winning submission from Taloyoak’s Spence Bay Hunter & Trapper Association (the community was formerly called Spence Bay) and seeks to create a country-food economy in the most northern community on Canada’s mainland.Country food is the term for what’s caught locally as opposed to expensive store food flown up from the south, but it is becoming increasingly inaccessible due to poverty, climate change and cultural loss.This project is intended to address these issues of food insecurity and unemployment while promoting cultural traditions. Crucially, it also provides an economic alternative to industrial developments like mining, which threaten caribou calving grounds, polar bear denning areas, and summering habitat for ice whales like narwhal, beluga and bowhead.This is especially timely given the current conflict around the Mary River Mine on Baffin Island where Inuit are already experiencing the impacts of mining and shipping on their food supply.Niqihaqut — which will include a sustainable, monitored harvest as well as a cut-and-wrap facility to collect, prepare and distribute food to the community —  is also intended to form the management plan for the proposed 90,000 sq. km Aviqtuuq Inuit Protected and Conserved Area, which is larger than Austria. This IPCA will not only protect this region for future generations but allow them to remain in control of their traditional territory while creating economic opportunities.
Jimmy Oleekatalik, manager of Spence Bay Hunter & Trapper Association, says: “We need food security for our people and new source of incomes. We are hunters and gatherers, and that means we are not farmers. Our food comes from the land. Right now, mining companies have claims over our land for exploration, and we are very concerned about what this could bring to our future, to our food. This Niqihaqut project will feed more families, create jobs and reduce poverty in the community. People will be helping people.”Paul Okalik, lead Arctic specialist for WWF-Canada, says:“WWF-Canada has been working with Jimmy Oleekatalik and the Spence Bay Hunters & Trappers Association (SBHTA) for three years on the Aviqtuuq Inuit Protected and Conserved Area (IPCA) project, supporting their vision of protecting Aviqtuuq under a new model that includes economic alternatives to non-renewable resource development. The success of this IPCA will be greatly enhanced by Niqihaqut, including planning and capacity building.”

About Arctic Inspiration Prize
The annual prize, largest in Canada with an Arctic focus, is to “recognize excellence and encourage teamwork among diverse groups in order to use or expand Arctic knowledge and bring it into action for the decisive benefit of the Canadian Arctic, its inhabitants and therefore for Canada as a whole.”AttachmentTaloyoakJoshua Ostroff
WWF-Canada
[email protected]