Felix & Paul Studios and PHI Studio are thrilled to present THE INFINITE: the first multisensory and interactive virtual reality experience to transport visitors aboard the International Space Station 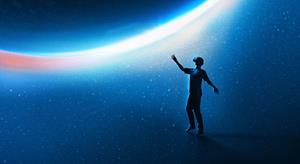 THE INFINITE reinvents immersive exhibitions with a mesmerizing, never-before-seen journey into space. Taking place this summer at Arsenal Contemporary Art Montreal, this four-month event is not to be missed.

THE INFINITE is a project of INFINITY Experiences, a joint venture by PHI Studio and Felix & Paul Studios with the goal of creating and distributing large-scale projects through spatial and immersive exhibitions.

MONTREAL, June 07, 2021 (GLOBE NEWSWIRE) — Fewer than 250 humans have been to the International Space Station in the past twenty years of its existence. THE INFINITE offers visitors the opportunity to experience life beyond Earth by allowing them to roam inside the ISS and immerse themselves in real 3D, 360-degree footage of astronauts in their day-to-day environment.

“Audiences no longer only have to watch stories about human spaceflight. We can really make them feel like participants so they can experience an astronaut’s journey from within.”

“We had to start something that had never been done before. We had to create something in a space that there was no path. It was trailblazing and groundbreaking in a way because a project of this scope/nature/complexity/magnitude had never been attempted before.”

With a surface area of 12,500 square feet, THE INFINITE is an hour-long full-body immersive journey featuring seven distinct chapters, layered with multisensory content to recreate the expedition of an astronaut. From mission training to their ascension into space to their return back to Earth—where nature has slowly reclaimed its rights—each visitor is invited to create their own story to experience the sensation of being in space.

“THE INFINITE experience is unlike any other exhibition examining space. We took the approach to expansively underpin the visitor experience with exclusive content shot in virtual reality by Felix & Paul Studios aboard the ISS and did not centre the exhibition around artefacts of space exploration. Using architectural design, free-roaming technology and commissioned artwork from Japanese artist Ryoji Ikeda, we were inspired by humanity’s global fascination with space, integrating a poetic point of view of the astronauts. It was vital for us to transport the public to the particularities of life in space and feel their presence aboard the ISS.”

Phoebe Greenberg, Founder of PHI and Chief Creative Officer of THE INFINITE

Real footage from space in virtual reality
With Felix & Paul Studios’ state-of-the-art Space Camera—a Z-Cam V1 Pro camera—customized by Canadian engineers to withstand the harsh conditions of low atmosphere orbit, viewers can experience life aboard the International Space Station as if they were really there. This amazing access to personal moments of the astronauts, filmed in ultra-high-resolution 3D, 360-degree cinematic virtual reality format, shapes the narrative anchor of the entire journey.

THE INFINITE: a unique and highly engaging free-roaming experience
Transitioning from more static cinematic footage in virtual reality, 90 simultaneous users will be able to wander in a free-roaming environment and feel the weightlessness of an astronaut through a stylized wireframe representation of the International Space Station at full scale. At the end of this 35-minute free-roaming experience, visitors will get to contemplate the overview effect while witnessing the most impressive view of Earth from space, a view that is typically reserved for an astronaut’s eyes only. To be able to accommodate a free-roaming environment with so many users, PHI has developed a monitoring tool to facilitate the experience.

World-class immersive contemporary art
A specific chapter within the exhibition will be dedicated to contemporary art with a new audiovisual installation by renowned Japanese artist Ryoji Ikeda. The Universe within the Universe explores the hidden facets and structures of nature, guiding visitors through an immersive journey from the microscopic to the macroscopic universe—and beyond.

Multisensory experience
Throughout the whole journey, exhibition-goers can let their senses be amazed by the interactivity between physical objects, virtual reality, multimedia art, soundscapes, light design, and even the subtle scents of a forest, evoking memories of stargazing while laying on the grass.

Tickets can be purchased at theinfiniteexperience.com

THE INFINITE already has plans to tour around the United States after its Canadian premiere in Montreal this coming July. The first American city to host this multisensory and interactive virtual reality experience will be Houston, Texas: the home of NASA’s Astronaut Program.

THE INFINITE team has implemented extensive COVID-19 safety measures in order to protect the health and well-being of visitors and staff. Ultraviolet and ozone cleaning stations will be used on-site and are capable of sanitizing over 16 VR headsets at once in 40 seconds.

The studio’s content is available for distribution in a range of formats including virtual reality (VR), 360-degree mobile, 360-degree dome projection, travelling VR exhibitions,16:9 video viewing, and a groundbreaking augmented reality (AR) experience is also in production. With its forthcoming season of Space Explorers: The ISS Experience, Felix & Paul Studios is the only media company recognized as an “Official Implementation Partner” by the ISS U.S. National Laboratory.

About TIMES STUDIOS
TIME Studios is the EMMY® Award-winning television and film division of TIME, the global media brand that reaches a combined audience of more than 90 million around the world. Built on the foundation of TIME’s award-winning visual journalism, which has earned over 52 major awards and nominations in the last seven years, as well as 577 million video streams across all platforms in 2019, TIME Studios harnesses the access and authority of one of the world’s most trusted and respected brands to bring premium truth-based programming to television and film around the world, while continuing to push the boundaries of journalism and visual storytelling through new cutting-edge mediums including virtual reality and augmented reality.

About PHI STUDIO
PHI Studio focuses its activities on the presentation and curation of immersive works in virtual reality (VR), augmented reality (AR) and extended reality (XR). Recognized locally and internationally for its innovative production approach, technical expertise and achievements in new forms of storytelling, PHI Studio collaborates with major global industry players and has worked on many award-winning projects, with international presentations in New York, Tokyo, Venice, Frankfurt, Luxembourg and Salt Lake City, among others. As a pioneer in interactive experiences, PHI Studio pushes the boundaries of immersive projects, with a focus on enhancing the visitor experience through a keen sense of detail and the elaboration of high-quality scenography. With a reputation for close collaborations with artists, creators, directors and producers from different backgrounds, PHI Studio aspires to be a catalyst of innovation, supporting the development of present and future talent.

Photos accompanying this announcement are available at: