SUMMERSIDE, Prince Edward Island, Sept. 12, 2022 (GLOBE NEWSWIRE) — The City of Summerside and BluWave-ai completed the first 100% time-shifted solar energy powered concert in North America. This feat took place on the first stop of the 2022 Canadian Tour of globally renowned Canadian musician, Bryan Adams, at the Credit Union Place in Summerside, Prince Edward Island, Canada from 8-11 pm on Tuesday, August 31st. The concert was run indoors at night leveraging solar and battery solutions. This milestone for BluWave-ai and Summerside is building off of their shared project, the Canadian Smart Grid AI Center of Excellence at the City of Summerside, announced earlier this year.

Leveraging the BluWave-ai energy optimization platform running in the cloud, BluWave-ai Edge and BluWave-ai Center, the partners were able to predict solar production during the day of August 31st. Through this, they could store sufficient solar capacity in a 890 kWh battery to cover the projected energy demand of the concert such as lighting, audio equipment, and air conditioning. With a day of immense solar fluctuations, the system was able to operate the building in advance of the concert while storing enough solar energy to drive the concert in the evening.

Once the concert started, the automated platform took over to detect the increased load created by the concert and peripheral elements and managed the stored solar energy to supply the concert load over the 3 hour period.

Below is how the system played out on concert day:

To showcase the performance of the BluWave-ai Canadian Smart Grid Center of excellence which works with Summerside’s wind farm, solar array, battery storage, grid connection, and smart metering assets, the cloud-based AI optimization platform was able to deliver a 100% solar powered concert with less than 24 hours to configure, commission, and operationalize to support the new demand of the system to support the green rock concert.

In November 2021, BluWave‐ai and the City of Summerside announced the completion of the first-end to-end AI‐optimized grid in North America, the first industry proof point of a scalable system applicable to entire regions and countries for transitioning energy networks toward maximizing the use of renewable assets. In 2021, BluWave-ai was awarded a major contract to advance Summerside’s system utility manager software to integrate a new 26‐megawatt Solar and Battery project.

“As a testament to the robustness and flexibility of the BluWave-ai energy optimization platform, and with very short notice, the system was able to manage energy use at the arena to supply the concert with 100% solar energy,” said Devashish Paul, CEO of BluWave-ai. “Once the constraints were identified, the automated platform took over. This proved a compelling use case for time-shifting solar energy which is applicable for large commercial enterprises, electric vehicle fleets and for supporting the grid with demand response and resiliency without resorting to diesel backup generators and shows another example of our company’s live real-time deployments on streaming data and renewable energy assets.”

“Summerside is committed to growing our net zero economy and leading PEI’s Clean Tech Innovations has invested in the smart grid, building renewable energy generation and creating the CUP Arena microgrid with the solar and battery energy storage system from Samsung C&T. We brought in BluWave-ai as a partner to set up the Canadian Smart Grid AI Center of Excellence and provide the AI-enabled control of the city smart grid,” said Mike Thususka, Summerside Director of Economic Development. “To showcase our capabilities as a leading North American municipality, we decided to deliver a 100% green solar energy concert experience at our arena. We continue to invest in our green future and by 2023 with the Sunbank solar and storage facility, Summerside will be running off 70% renewable energy with an eye to hit 100% in the very near future. Industries setting up operations in Summerside may be eligible for various clean tech and first customer experiences using Summerside’s leading edge infrastructure which we demonstrated at the concert working with our partners BluWave-ai.”

“SDTC has been a proud supporter of BluWave-ai’s data-driven AI technology since 2018,” said Leah Lawrence, President of SDTC. “What better way to showcase the power of this homegrown Canadian innovation than by running a major concert event from one of our country’s rock icons off of solar energy! Congratulations to the team at BluWave-ai and the City of Summerside for leading the way in making the entertainment industry more sustainable as we move towards Net Zero.”

Even following a partially cloudy day, Summerside and BluWave-ai delivered a 100% solar energy power for the Bryan Adams concert by time shifting solar energy over-production to the evening and matching it to the concert load. This proved that the entertainment and sports events industry can run their events without depending on elaborate carbon-emitting diesel generation backup systems for resiliency when solar powered batteries can be connected to events. In Summerside’s case, the battery and solar generation are on site. For concert locations without this capability, batteries can be charged off-site and moved to the venue by electric trucking rather than by installing diesel generators moved by diesel-powered trucks, enabling a similar 100% clean operation.

BluWave-ai Research Note: According to existing public documentation of equivalent sized or larger solar installations at sporting and entertainment facilities across North America, none of the facilities which exceed Summerside’s solar capacity have sufficient storage capacity to run a 3 hour 400+ kWh concert event with purely stored, locally generated solar energy.

Summerside has long presented a compelling case for business investment with easy market access, lower costs and sophisticated infrastructure, along with international partnerships, make Summerside’s value proposition extremely attractive. The city has quietly created a unique environment in which local and international brands can access an experienced workforce, world‐class infrastructure, and a supportive and engaging business community, along with pro‐business government support. Underpinned by investments in low‐carbon energy and technological innovation, Summerside’s latest developer opportunities are founded on solid and secure ROI principles.

BluWave-ai is focused on driving the proliferation of renewable energy and electric transportation worldwide. Our solutions apply artificial intelligence (AI) cloud software to optimize the cost, carbon footprint and reliability of different energy sources, both renewable and non-renewable, in real-time. This lets our customers – utilities, fleet operators and electricity system operators to improve their energy-related decision making in planning and in live systems to decrease costs and carbon footprint. Every day our employees come to BluWave-ai with the mission to decarbonize the planet by using hardware assets more efficiently with AI software while we build the world’s premier renewable energy and transport electrification AI company based in Canada. 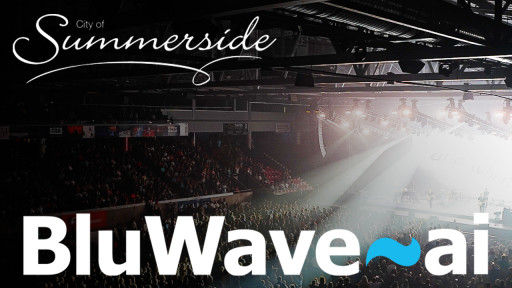